Anyone interested in erasing frown lines would be a good candidate for Dysport. Dysport is available at Partridge Plastic Surgery. For more information, contact us today or schedule an appointment online. We have convenient locations in Princeton, NJ and North Brunswick, NJ.

How Does Dysport Work?
What Should I Expect From my Dysport Treatment?
Am I a Good Candidate for Dysport?
What is the difference between Botox and Dysport?

How Does Dysport Work?

The injection Dysport is part of a class of injectables called neuromodulators. Xeomin and Botox are also included in this group of injections. Different parts of your face are targeted by different types of botulinum toxin.

By relaxing and limiting the movement of muscles around the injection site, neuromodulators like Dysport reduce the appearance of lines. Injecting the substance into your muscle directly is done by your doctor.

The skin above your muscles becomes smoother as you relax, thereby reducing wrinkles. It is important to remember that these effects will only last for a short time.

Wrinkles are caused by repetitive movement, along with heredity and aging, and are prevented by reducing movement.

What Should I Expect From my Dysport Treatment?

With Dysport, botulinum toxin blocks nerve signals going from the brain to the target muscle, causing it to contract. Dysport’s effects last up to six months and are temporary. The overlying skin appears smoother and the muscles in the treated area are relaxed during that time.

You will be instructed on how to prepare for your treatment by your chosen medical provider at the time of your consultation. In preparation, you may be required to discontinue some of your current medical therapy and supplements.

The medical provider will first disinfect the treatment area with rubbing alcohol and apply a topical anesthetic if you are sensitive to pain. A cold compress is applied to minimize the possibility of redness and swelling after the Dysport units are injected into the target muscle.

It takes about half an hour to complete the entire procedure, including preparation and waiting for the numbing cream to take effect.

After the Dysport treatment, the skin appears smoother within two or three days, and the full results take about a week to show.

Am I a Good Candidate for Dysport?

Anyone interested in erasing frown lines would be a good candidate for Dysport. The majority of men and women with frown lines are good candidates for this cosmetic injectable. However, you don’t have to want to get rid of your frown lines to qualify Dysport has a variety of benefits and advantages to rejuvenate your appearance.

The grooves between the eyebrows can make them look older or angrier than they actually are, so this is a great option for those who wish to avoid that. To help you decide whether adding this injectable to your anti-aging routine is the right choice, we’ll tell you who would be a good candidate during an initial consultation.

What is the difference between Botox and Dysport?

Dysport and Botox are approved for use in different areas, which is one of their main differences. The primary purpose of Dysport is to improve glabellar lines, the frown lines between your eyebrows. If you have moderate to severe frown lines, Dysport may be a great option for you.

Aside from crow’s feet, wrinkles on the forehead, and laugh lines, Botox can treat many types of wrinkles. In the case of mild to moderate wrinkles, Botox may be your best option.

Dysport has been reported to have quicker results for some people, reducing wrinkles within 2-3 days. Botox generally takes a week to show its results, while both injectables peak around two weeks after injection. Botox and Dysport both last approximately 3-4 months depending on the treatment.

There is approximately three times more potency in Botox than Dysport in a single unit. Botox does not work better than Dysport, but rather more Dysport is required to achieve the same result. In exchange, Dysport units are less expensive than Botox units, so you’ll spend roughly the same amount for similar results.

Additional Services You May Need 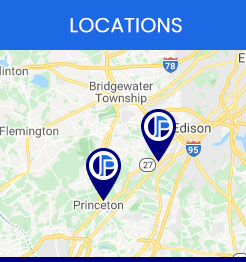 Convenient Locations To Serve You

*For any medical procedure, patients respond to treatment differently, hence each patient’s results may vary.
**In case of a life threatening emergency, immediately call 911.
***Information on this site is not intended or implied to be a substitute for professional medical advice, diagnosis or treatment. All content contained on or available through this site is for general information purposes only.
****By using this website and sending us your information, you are giving us permission to contact you by electronic and non-electronic means. We also track the conversions and collect user data to improve marketing.
*****If you are vision-impaired or have some other impairment covered by the Americans with Disabilities Act or a similar law, and you wish to discuss potential accommodations related to using this website, please contact us.

Convenient Locations To Serve You

How May I Help You?